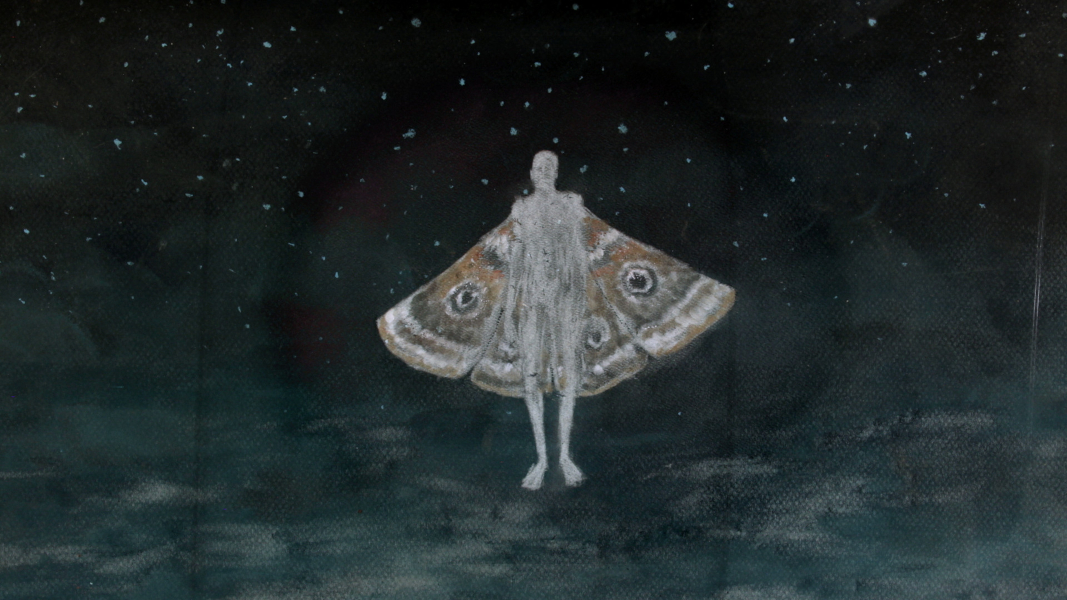 “Unforeseeable disasters can raise questions of theodicy. A

vacuum of meaning is created that invites religious interpretation.”

Rooted in nonfiction, this film contemplates synchronicity and the role of belief systems in perception; the tendency to assign supernatural meaning to tragedy and the unknowable; anonymous and apocryphal oral histories; and the moth to the flame. It draws parallels between Mothman, a prophetic and demonized creature in West Virginia lore, and Narcotics Anonymous, the main treatment program in West Virginia’s addiction epidemic. To visualize these narratives, natural materials and pastel-on-paper palimpsest animation are woven together using a multiplane and analog overhead projection.

Screens as a part of "ARTIFACTS [Art/Experimental Films]" Encore Presentation at ATA: Tickets

The War of 1812 has revived violent hostilities between the British and their erstwhile American colonial subjects. The powerful Mohawk nation of the New York region is divided as to whom they should stand by, and so they maintain a position of neutrality. They want no part in the killing – but the killing is coming to them. An impulsive attack on an American encampment has drawn the vengeful attentions of a ragged band of American military renegades, led by the vicious, racist Hezekiah Holt. Oak, Calvin, and their British lover Joshua flee into the woods so familiar to them, but the murderous musketeers on their trail will not be deterred. Not without the spilling of blood.